At a time when technology and social media use among students is pervasive, school districts are often faced with issues regarding the contours of regulating off-campus student speech.  To date, the United States Supreme Court has not directly ruled on the limits of school districts’ authority to impose discipline for student speech that occurs outside of school grounds or at a school-sponsored event or activity.  Several intermediate federal courts have issued decisions on this subject, as well as lower federal courts.  These decisions provide some guidance to school districts, but clear guidance regarding discipline related to student speech that does not occur on school grounds or at a school-sponsored event or activity may not exist until the U.S. Supreme Court addresses this specific issue.

The United States Court of Appeals for the Fifth Circuit (Fifth Circuit), which does not have jurisdiction over Wisconsin, recently issued a decision involving a claim by a student that school employees and the school district violated her right to free speech by dismissing her from the cheerleading squad as a result of her use of Twitter.  Specifically, in Longoria Next Friend of M.L. v. San Benito Indep. Consol. Sch. Dist., 942 F.3d 258 (5th Cir. 2019), the student was dismissed from the cheerleading squad after she accumulated demerits for violating the school’s Cheerleading Constitution.  The Cheerleading Constitution required students to maintain “appropriate” conduct on their personal social-media accounts.  Id. at 261.  The student received a demerit for each post that her coaches considered inappropriate.  The majority of her Twitter posts were created by others, but the student “liked” them, which caused them to be shared with her followers.  Id. at 262.  The student identified herself as a member of the cheerleading squad on her social media page.  Id.  The student and her parent filed a grievance related to the coaches’ actions, but the principal denied the grievance after a hearing.  Id.  The superintendent subsequently informed the student and her parent that the principal’s decision was final.  Id.

The student filed suit against the school employees and school district alleging violations of her rights to free speech, due process, and equal protection.  Id.  The school employees asserted a defense of “qualified immunity.”  The Court explained that a defendant is entitled to qualified immunity if his or her conduct “does not violate clearly established statutory or constitutional rights of which a reasonable person would have known.”  Id. at 264.  Thus, if there is insufficient legal authority to provide one with “fair warning” that his or her conduct violates the First Amendment, he or she cannot be found liable.  Id.

The lower court found that “there was no clearly-established law prohibiting the defendants from dismissing [the student] from the cheerleading team for online profanity and sexual innuendo” and dismissed the school employees from the lawsuit.  Id. at 263.  The lower court also dismissed the claims against the school district as legally insufficient because there was no allegation that the school board had adopted the Cheerleading Constitution as its own or delegated policymaking authority to the principal.  Id.

The Fifth Circuit affirmed the lower court’s holding that the school employees were entitled to “qualified immunity” because there was “no clearly-established law [that] placed the constitutionality of defendants’ conduct ‘beyond debate’ at the time of [the student’s] dismissal from the team.”  Id. at 261.  However, the Court also stated, “we are mindful of the pressing ‘need to provide clear guidance for students, teachers, and school administrators that balances students’ First Amendment rights…with the vital need to foster a school environment conducive to learning.’”  Id. at 265.  The Fifth Circuit further stated, “[g]iven the ubiquity of social media and the permeable boundaries between on-campus and off-campus speech, this task is complicated but increasingly urgent.”  Id.  Ultimately, the Fifth Circuit declined to rule on the issue of whether the student’s dismissal from the cheerleading squad violated her First Amendment rights.

The Fifth Circuit explained that it relied on the foregoing U.S. Supreme Court precedent when it issued its decision in Bell v. Itawamba Cty. Sch. Bd., 799 F.3d 379 (5th Cir. 2015).  In Bell, a student recorded a rap video with threatening and profane language directed to school district staff and posted it on his personal Facebook page.  The Fifth Circuit held that the speech at issue was not protected by the First Amendment.  Specifically, the Fifth Circuit reasoned that “in the light of our court’s precedent, we hold Tinker governs our analysis, as in this instance, when a student intentionally directs at the school community speech reasonably understood by school officials to threaten, harass, and intimidate a teacher, even when such speech originated, and was disseminated, off-campus without the use of school resources.”  Id. at 396.  Further, in that case, school officials could reasonably forecast “a substantial disruption.”  Id. at 398.

The Fifth Circuit clarified that in deciding Bell, it did not adopt a specific rule applicable to all off-campus student speech, but instead limited its analysis to the facts of that case.  Longoria Next Friend of M.L., 942 F.3d at 267.  It also clarified that it did not “model” its decision in Bell on the decisions issued by the United States Court of Appeals for the Third Circuit (Third Circuit), which “decisively held that a school may not discipline a student for ‘off-campus speech that is not school-sponsored or at a school-sponsored event and that caused no substantial disruption at school.”  Id., citing J.S. ex rel. Snyder v. Blue Mountain School District, 650 F.3d 915, 933 (3rd Cir. 2011); Layshock ex rel. Layshock v. Hermitage School District, 650 F.3d 205, 207 (3rd Cir. 2011).  Thus, unlike the Third Circuit’s decisions, the Fifth Circuit did not articulate a clear rule that would have placed the school employees on notice that their actions may violate the First Amendment.  Id.

Further, the Fifth Circuit noted that “[t]here is no robust persuasive authority from other circuits that clearly established the conditions that would justify school discipline of off-campus speech.”  Id. at 268.  It also noted that although the Third Circuit’s decisions involved online lewd speech (like the student’s speech), the Second Circuit and Ninth Circuit have both recognized uncertainty regarding the limits of existing precedent as applied to off-campus student speech.  Id.  Lastly, it noted that “the extracurricular context may give rise to its own constitutional limitations, in part because ‘student athletes are subject to more restrictions than the student body at large.’”  Id. (citations omitted).

Despite the Fifth Circuit articulating the foregoing uncertainty, it offered the following general propositions based upon its precedent:

As to its last general proposition, the Fifth Circuit acknowledged that the “pervasive and omnipresent nature of the Internet raises difficult questions about what it means for a student using social media to direct her speech towards the school community.”  Longoria Next Friend of M.L., 942 F.3d at 270.

It is clear that “school administrators’ authority to regulate student speech extends, in the appropriate circumstances, to speech that does not originate at the school itself, so long as the speech eventually makes its way to the school in a meaningful way.”  Kowalski v. Berkeley Cty. Sch., 652 F.3d 565, 574 (4th Cir. 2011).  Although the limitations of regulating off-campus student speech (that is unrelated to a school-sponsored event or activity) are not well-defined and each situation is highly fact dependent, the general principles outlined in existing legal authority provide guidance upon which school districts can rely in assessing each situation. 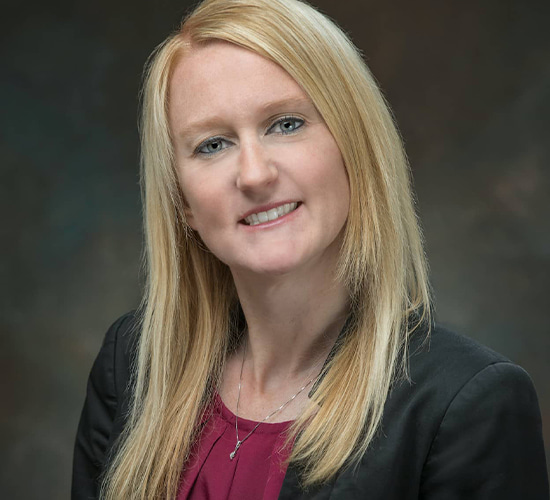