Contrary to what most know, easements, like most things, are not immortal and they do have a specific lifespan.  However, appropriate action can be taken to renew the legal enforceability of the easement.  An easement is simply defined by Black’s Law Dictionary as “a right of use over the property of another”.  There are multiple types of easements that can be created, specifically express easements, implied easements and prescriptive easements.  The difference between these types of easements is the fashion in which they are granted.  An express easement needs to be in writing and signed by at least the burdened parcel to be enforceable while an implied easement is created through the actions and/or conduct of the parties.  Finally, a prescriptive easement is created through the use by one party for a sufficient period of time, without objection from the other party, similar to the theory of adverse possession.

By procedure, for an express easement to be effective, it should be recorded with the register of deeds office in the county where the real estate is located.  By recording the easement, it makes the document of public record to any prospective purchasers.  Wis. Stat. § 893.33 establishes a statute of limitations for express easements, whereby another instrument must be timely recorded, expressly referring to the original easement.  If the original easement was recorded before July 1, 1980, the requirement to “re-record” the easement is Sixty (60) years.  On or after July 1, 1980, the requirement to “re-record” is 40 years.  Further, under Wis. Stat. § 893.33, the easement must be “re-recorded” and not simply filed in the register of deeds office.  There are certain exceptions to Wis. Stat. § 893.33, including but not limited to conservation easements, utility easements, easements benefitting railroads and real estate that is titled in the state or a political subdivision of the state.  If enforcement of an easement is disputed and one of these exceptions do apply, the statute of limitations imposed by Wis. Stat. § 893.33 would not be applicable to the foregoing parties.  As a result, governmental entities should bear in mind that legal principles that apply to private parties in this area may not apply equally to them, if at all, and that issues related to easements will require an analysis that accounts for governmental bodies’ judicial status.

The statute of limitations on easements and the enforcement of Wis. Stat. § 893.33 was elaborated upon through TJ Auto LLC v. Mr. Twist Holdings LLC, No. 2013AP2119 (Ct. App., June 18, 2014).  This case had a significant impact on properties all over the state and may bring with it legislative action in the future.  The facts surrounding this case begin with the easement being first recorded on July 23, 1928, with the Kenosha County Register of Deeds office.  The easement gave the owner of the lot, which was owned, at the time of the case, by Mr. Twist Holdings, LLC, operating the adjacent Twisted Cuisine restaurant, the right to use the west ten feet of the property, which was owned, at the time of the case, by TJ Auto, LLC, as an alley or driveway, to gain access to the parking area in the rear of the property. In 1945, the easement was referenced in a recorded warranty deed; however, since that time, no subsequent recordings of the easement have occurred.  An unrecorded survey of the property was completed and certified in 1988 and is on file with the register of deeds office and does identify the easement and refers to its 1928 recording; however, the survey was not recorded nor is it referenced in any recorded instrument.  In 2006, TJ Auto purchased the property that is subject to the easement.  At the time of TJ Auto’s purchase of the property, the easement was being actively used by the restaurant and its customers, exhibiting TJ Auto’s actual knowledge of the easement at the time of purchase, even though they state they believed the easement “should have expired”.  At the time of negotiation of the transaction, TJ Auto found a copy of the unrecorded survey of the land filed at the register of deeds office in 1988, which lead to further negotiation by TJ Auto and a reduced purchase price.

In 2011, TJ Auto filed a lawsuit seeking a declaratory judgment terminating the easement and declaring it null and void on grounds that the use of the easement has changed, that it was no longer necessary and that it was not properly procured, as per Wis. Stat. § 893.33.  In the restaurant’s answer, they admit there are other ways that they can access their property but denied that the easement was invalid and further argued that if the express easement is not in force, then a prescriptive easement has arisen.  The circuit court granted the restaurant’s motion for summary judgment, denying the declaratory judgment and declaring instead that the easement across TJ Auto’s property remained in full force and effect.  TJ Auto appealed the case to the Wisconsin Court of Appeals.

The Court of Appeals stated that, “Wis. Stat. § 893.33 provides a statute of limitations for an action to enforce a recorded easement.  Such an action is barred, unless three threshold requirements are met: (1) an easement was created; (2) the easement is set forth in a recorded instrument; and (3) the instrument was recorded or expressly referred to in another recorded instrument, with the preceding forty years (or longer, for easements created before Wis. Stat. § 893.33 took effect in 1980)”.  Further, the Court stated, “Wis. Stat. § 893.33 provides no exception to the limitation period, for enforcement against a purchaser who had actual notice of the easement”.  Additionally, the Court found that the unrecorded survey map filed in 1988, that was relied upon by the restaurant, was not a rerecording that renews the statute of limitations period, under Wis. Stat. § 893.33(6).  The Court went on to say, “to record an instrument, the register of deeds must endorse upon it a certificate of the date and time when it was received, as well as a number consecutive to the number assigned to the immediately previously recorded or filed instrument.”  Neither was done with the unrecorded survey map in question.  Finally, the Court said that “the mere fact that the survey maps must be filed and that those files may be kept in the register of deeds premises does not transform every filed survey into a recorded instrument.”  The Court of Appeals concluded that they could “only reach one conclusion, which was the express easement recorded in 1928 and last referenced in a recorded instrument in 1945 is no longer legally enforceable, by operation of Wis. Stat. § 893.33(6), against a subsequent purchaser such as TJ Auto.”  The Court of Appeals decided the case through a reversal and remand.

As a matter of practice, one should review all easements and determine the date upon which the statute of limitations, provided for within Wis. Stat. § 893.33, expires.  From there, a determination of when a “re-recording” must occur to preserve the enforceability of the easement should be made.  The “re-recording” can occur through the creation of an affidavit that states that the easement is being re-recorded for purposes of compliance with Wis. Stat. § 893.33, in addition to attaching a copy of the original easement.  In the affidavit, it would be best to identify the name of the owners and the legal descriptions of both the benefitted and burdened parcels.  Otherwise, if a purchaser is purchasing property that is benefitted by an easement, the purchaser should have a deed drafted that specifically references the previously recorded easement(s), the recording information for that easement(s) and a legal description of the easement area.  By doing the foregoing, one can prevent the loss of an easement, which can be catastrophic to the property owner whose use of the land may be dependent thereon. 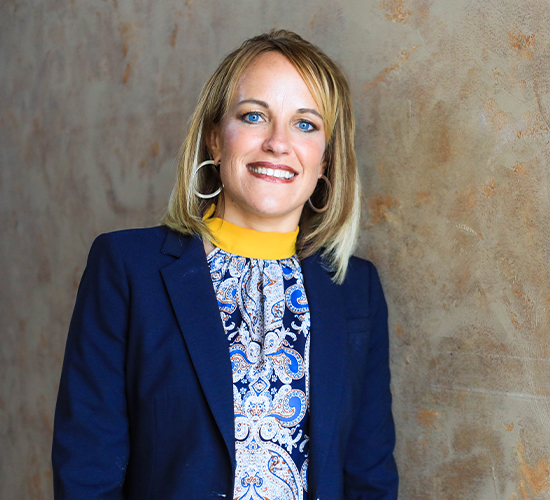