For employers, the “fact sheet” of potential proposals is a mixed bag.  On the one hand, the press release discusses efforts to provide legal status for millions of undocumented individuals providing access to a new source of lawful employees.  It also proposes to make a large number of temporarily present individuals and lawful permanent residents immediately eligible for citizenship.  On the other hand, the administration has indicated its intent to increase efforts to place employers on the front line of federal immigration law enforcement through enhanced employment verification processes and government- imposed wage mandates.

The press release also suggests that the bill will change the permanent employment-based immigration process by eliminating visa backlogs, recapturing unused visa numbers, and eliminating per country limits.  Under current law, the employment sponsorship based permanent residence process is subject to an annual limit.  The annual limit does not carry over into the following year, so that depending on processing efficiency, there may be fewer than the total available number of visas that are actually issued each year.  Finally, under current law, no country can account for more than 7% of the total allotment in any given year, based on country of birth.  This system has resulted in wait times for permanent residence of more than ten years for professionals who were born in India or mainland China (including physicians, engineers, software programmers, and other occupations requiring at least a bachelor’s degree or higher).  Eliminating these backlogs will reduce wait times for some, but unless coupled with increases in the annual quota, will result in increased wait times for all other nationalities.  How the legislation is drafted, if ultimately passed into law, will be very important in determining the impact.  At this point, again, we do not have any actual legislative language to determine how the system will be impacted.

This concept of “comprehensive immigration reform” has been an integral part of Presidential politics beginning with the George W. Bush Administration and to date no comprehensive reform and little legislative reform of any kind has in fact occurred.  It remains to be seen whether this time will be different and, as such, we will monitor developments again this time around.

President Biden has already signed 29 Executive Orders since taking office on January 20. A number of these Orders impact the nation’s immigration policy, some of which are discussed below.

Restore Faith in Our Immigration System and Promote Integration of New Americans.  The Order directs immigration-related agencies (Department of Homeland Security, Department of Labor, and the State Department) to conduct a review and identify barriers to access to the legal immigration system within 90 days of the Order.  What barriers to access are being targeted is unclear; however, this review will hopefully include efforts to improve the processing times for immigration benefits for those who are eligible for them.  Many of the immigration benefit processing times have become unreasonably lengthy and create complications for the individuals and their current and prospective employers.  For example, currently an individual who is eligible for employment authorization can expect to wait as long as six months for the U.S. Citizenship and Immigration Services (USCIS) to issue the necessary document, including renewal applications for currently employed individuals.

Ensuring the Future is Made in All of America by All of America’s Workers.  The Order rescinds the Buy American, Hire American Order of the Trump Administration.  The Order is of limited substantive policy, but directs various agencies to evaluate procurement policies and to assure adherence to existing laws requiring certain government purchases to be made from American sources.  The rescinded Order – Buy American, Hire American – has been used by agency officials to justify restrictive application of regulations in benefit adjudications, particularly related to the H-1B category used by U.S. employers to hire foreign professionals.  It remains to be seen what impact this new Order will have, particularly on multi-national corporations that maintain U.S. operations, many of whom conduct business with the federal government.

Suspension of Entry as Immigrants and Nonimmigrants of Certain Additional Persons Who Pose a Risk of Transmitting Coronavirus Disease.  The Order reinstates the travel restriction that was temporarily lifted by President Trump on his last days in office.  The ban affects noncitizens who have been present during the 14-day period preceding an intended travel to the U.S. in any of the following areas: United Kingdom, Ireland, the Schengen Area[1], Brazil, and South Africa.  The duration of the Order is undetermined; however, the Secretary of Health and Human Services is directed to issue a report every 30 days to recommend whether to extend or lift the restriction.  There are exceptions available that permit travel during the ban for, among other circumstances, travel that is in the national interest of the United States.  Under previous proclamations the term “national interest” included those whose travel furthered the United States’ economic recovery.

Memorandum on Preserving and Fortifying DACA.  President Biden directed the DHS Secretary and the Attorney General to preserve and fortify the Deferred Action for Childhood Arrivals (DACA) program.  DACA provides temporary protection from deportation and employment authorization for certain individuals who entered the U.S. prior to reaching age 16 and are presently otherwise unlawfully present in the United States.  The program, initiated by President Obama, has been controversial and the subject of numerous legal challenges.  Presently DACA remains available for qualifying individuals who have been continuously present in the U.S. since prior to June 15, 2007 and who were 16 years old or younger at the time of entry.  It remains to be seen whether this program will be expanding, and if so, to what extent.

U.S. Citizenship and Immigration Services (USCIS): USCIS took action to delay implementation of a new rule that would affect the upcoming H-1B quota system.  The H-1B category is used by U.S. employers to employ foreign professionals, including physicians, engineers, computer programmers, teachers, and many others.  Federal law limits the number of new H-1B visas available each year, and each year the number of applicants far exceeds the quota.  The government has used a lottery system to determine who among the initial requestors will be able to complete the process. USCIS planned to revise that system to prioritize requests based on wage level.  In this proposed new system, those applicants with job offers with a wage that meets or exceeds the highest of the four wage levels assigned by the Department of Labor to their pertinent occupation listing would receive priority.

The wage-based prioritization of H-1B lottery applicants has been suspended for the time being.  The lottery process begins in March for the upcoming federal fiscal year beginning October 1, 2021.  As of now, it is unclear what changes, if any will be made to the system or if it will be operated as it has in years past.  Employers who identify a candidate for hire that is in need of H-1B sponsorship are advised to begin the process of pursuing that sponsorship as early as possible.

U.S. Department of Labor (DOL): The DOL took action to delay the effective date of regulations that would have dramatically increased the wage listings by altering longstanding calculation methodology.  The DOL issues and annually updates the Occupational Employment Statistics (OES) database.  The OES contains a listing of hundreds of occupations along with four wage levels intended to represent various levels of seniority within each occupation.  These OES listings are used to support applications for temporary and permanent immigration through employment for the stated purpose of assuring that these non-U.S. workers are paid at rates that do not depress the U.S. wage scales and thus adversely affect U.S. workers.

The DOL rule would modify the calculation of these wages resulting in dramatic increases to the wage listings.  The increases were initially implemented on an emergency basis on October 8, 2020 and later withdrawn pending final rulemaking.  The changes resulted in increases, in some cases of double or more of the applicable pay rates.  DOL took action on February 1, 2021 to delay implementation of the rule from March 15, 2021 to May 14, 2021.  The agency will receive additional comments during that time period and determine whether to rescind, modify, or implement the rule.  In the interim, employers who intend to pursue the process of permanent residence sponsorship through employment on behalf of a foreign national employee are advised to contemplate beginning that process now to avoid the potential for unreasonable wage rate requirements.

As noted, each new Presidential administration brings a new direction, new goals and priorities and a different approach to agency administration of the U.S. immigration system.  This system is a crucial source of labor – both skilled and unskilled and high-end professionals – for U.S. employers.  With pre-pandemic unemployment rates at historic lows and critical shortages in many professional categories, the immigration system will remain an important source of labor for the foreseeable future.  We will continue to monitor these and other developments that affect the immigration system and are available to assist employers in navigating the system as well. 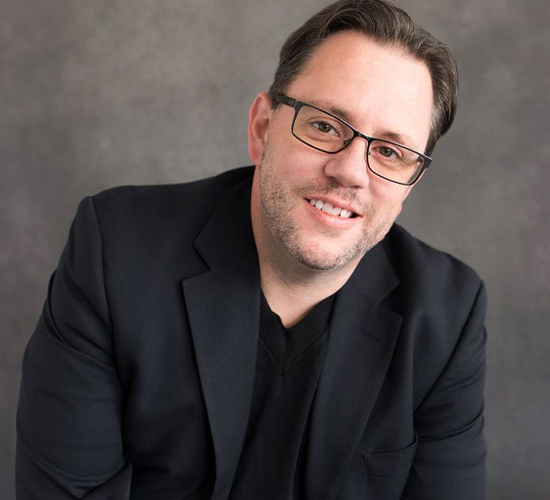