When a public or private entity receives notice of an actual or potential claim or lawsuit, one of the first steps it should take is to implement a litigation hold.  In general terms, a litigation hold is a directive to preserve documents, including electronically stored information, and other tangible items that may be relevant to an actual or potential legal action involving the entity.  Similarly, if the entity itself is contemplating bringing a legal action, it should take steps to implement a litigation hold.  If an entity fails to preserve relevant evidence, the court in which the matter is pending may impose penalties.  Even if a court does not impose penalties, the entity may still be at a disadvantage based on lack of proof or weak evidence.

An entity’s obligation to preserve relevant evidence may commence prior to an actual claim or lawsuit being filed.  More specifically, the obligation to preserve relevant evidence arises when an entity knows or reasonably should know that litigation is a distinct possibility.  Under Wisconsin law, “[e]very party or potential litigant is duty-bound to preserve evidence essential to a claim that will likely be litigated.”  Am. Family Mut. Ins. Co. v. Golke, 2009 WI 81, ¶21, 319 Wis. 2d 397, 768 N.W.2d 729.  Thus, if an entity receives a demand letter asserting that litigation will be commenced if certain steps are not taken, or a notice of default/breach under a contract, it is advisable to implement a litigation hold.

An entity’s obligation to preserve relevant evidence extends to complaints or charges filed with administrative agencies.  For instance, if an entity has received notice from an administrative agency of a charge or complaint of employment discrimination or retaliation filed by an employee or former employee, it is advisable for the entity to implement a litigation hold.  At a minimum, the entity should preserve all documents, including electronically stored information, that constitute personnel records.  Personnel records include all records which are used or which have been used in determining an employee’s qualifications for employment, promotion, transfer, additional compensation, termination or other disciplinary action, and medical records, subject to certain exceptions.  Wis. Stat. § 103.13.

After conducting these initial steps, it is advisable for the entity to direct all employees who may have relevant information or documents pertaining to the issues of the need to preserve it.  The entity should also ensure that any automatic destruction rules are disabled for any relevant electronically stored information.  In addition, the entity may wish to require employees to produce relevant information and documents internally so that the entity can store it in one secure location and create a secure backup.  There are also practical reasons for doing so, as it can be quite difficult to track down relevant evidence as time passes, employees change positions or leave employment, and software and hardware changes.

There are situations where it may not be feasible for an entity to preserve evidence related to a claim in its existing condition, such as when property damage needs to be repaired after a significant incident.  Common examples of this include fire or water damage.  Another example of where this may apply is when a contractor working on a construction project unintentionally causes damage to the entity’s property that must be repaired.  In situations of this nature, where an entity has a legitimate reason to destroy evidence because damage must be repaired, it may discharge its duty to preserve relevant evidence by “provid[ing] reasonable notice of a possible claim [to interested parties], the basis for that claim, the existence of evidence relevant to the claim, and reasonable opportunity to inspect that evidence prior to its destruction.”  Am. Family Mut. Ins. Co., 2009 WI 81, ¶19.

Moreover, there are additional considerations for public entities regarding preservation of records.  For instance, for school districts that have adopted the “Wisconsin Records Retention Schedule for School Districts,” there are various record retention time periods specified for different types of claims.  There is also a general reminder that “[b]efore disposing of a record, the office managing the record must determine if an audit, litigation, or public record request is pending.”  As to the latter, if a public entity has received written notice of a legal action related to a denial of a public record request, it is prohibited from destroying the records at issue until the legal action, including any appeal, has concluded.  Wis. Stat. § 19.35(5).  Furthermore, although state law requires potential claimants to notify governmental bodies of claims within one hundred twenty (120) days of the happening of the event giving rise to the claim, certain types of claims are exempt from the statute.  Thus, limiting the record retention period to the period of the day of the incident plus one hundred twenty (120) days may not be a sufficient retention period (absent another applicable record retention period).  The default time period for retention of school district records is seven (7) years, with some exceptions.

If an entity involved in litigation fails to preserve relevant evidence, the court may find that spoliation has occurred and impose penalties.  The term “spoliation” means “the destruction or withholding of critically probative evidence resulting in prejudice to the opposing party.”  Estate of Neumann ex rel. Rodli v. Neumann, 2001 WI App 61, ¶79, 242 Wis. 2d 205, 626 N.W.2d 821.  Notably, “[n]ot all destruction, alteration, or loss of evidence qualifies as spoliation.”  Ins. Co. of N. Am. v. Cease Elec. Inc., 2004 WI App 15, ¶15, 269 Wis. 2d 286, 674 N.W.2d 886, 890, aff’d, 2004 WI 139, 276 Wis. 2d 361, 688 N.W.2d 462.  Rather, “the trial court should consider not only whether the party responsible for the destruction of evidence knew, or should have known, at the time it destroyed the evidence that litigation was a distinct possibility, but also whether the offending party destroyed documents which it knew, or should have known, would constitute evidence relevant to the pending or potential litigation.”  Id.  The purpose of imposing penalties is served “only if the offending party has notice that the evidence is or is likely to be relevant to pending or foreseeable litigation and proceeds to destroy the evidence anyway.”  Id., ¶16.  Thus, a party seeking penalties against another party must show “by clear, satisfactory, and convincing evidence that relevant evidence was intentionally withheld or destroyed.”  Wis. JI-Civil 400.

Even if a court does not impose sanctions for failing to preserve evidence, the entity may not be able to effectively pursue its claims or defenses if relevant evidence is no longer available.  Thus, litigation holds are a very important step for entities to take to protect their interests as soon as they learn of an actual or potential claim or lawsuit involving the entity. 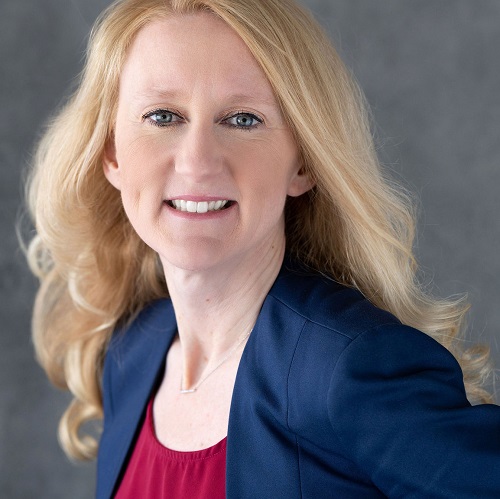